Became a police officer in May 1991.
Has served all 26 years with the Independence Police.
Graduate of Kentuckys Criminal Justice Executive Development Program.
Graduate of Northern Kentucky Leadership Program.
Graduate of the FBI National Academy.
Served as a Police Officer, Detective, Sergeant, Lieutenant, Assistant Chief, and Chief since 2015.
He has been head of the Patrol Division and Criminal Investigations Section.
Served as Media Liaison.
He was coordinator of the Citizen's Police Academy for many years. 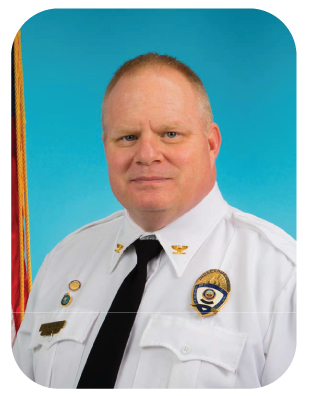